Regular readers of Styling Android will know that I’m a big fan of ConstraintLayout. As I write (November 2016) ConstraintLayout is in beta status as beta 3 has just been released and the APIs for the full 1.0 release should now be stable. The previous series on ConstraintLayout covered many aspects of this most useful new Layout, but the has been an important addition which first appeared in alpha 9 which fill in some important gaps: chains. 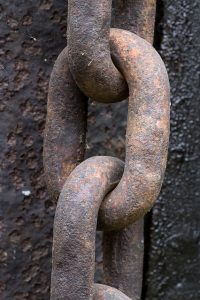 In the simplest terms chains are a mechanism for linking together a number of distinct Views and we can apply some behaviour to this collection of Views. The reasons why this is useful will become more obvious as we progress.

Looking at this in the editor we can see these two Views: 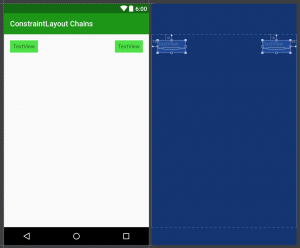 Creating a chain is really easy. We can click and drag to select both of the TextViews, then hold down Ctrl, right click to bring up the context menu, and select “Centre Horizontally”:

So we now know how to create a chain, so let’s take a look at the XML to see what actually happens under the bonnet (or hood to those who speak US English):

It is important to remember that a chain can consist of more than two Views – we can add a third View to the chain by adding an additional symmetrical pair of constraints between its left anchor point and the right anchor point of @id/textView2.

So now that we know how to create chains what can we do with them? We can already see one of the fundamental behaviours of a chain – a simple spread chain. A spread chain will divide the space up equally between all of the Views in the chain, and centre each one it its own division. In the GIF of the chain creation you can see that each of the TextViews gets centred in its half of the parent.

Spread chains get more familiar when we add weights to them. Many people will immediately think of weights in LinerarLayout, and that is precisely the behaviour that we can get from adding a weight constraint:

If we take a look at that in the editor we can see that we get exactly the same as we’d expect from weighting one of the TextViews in LinearLayout: 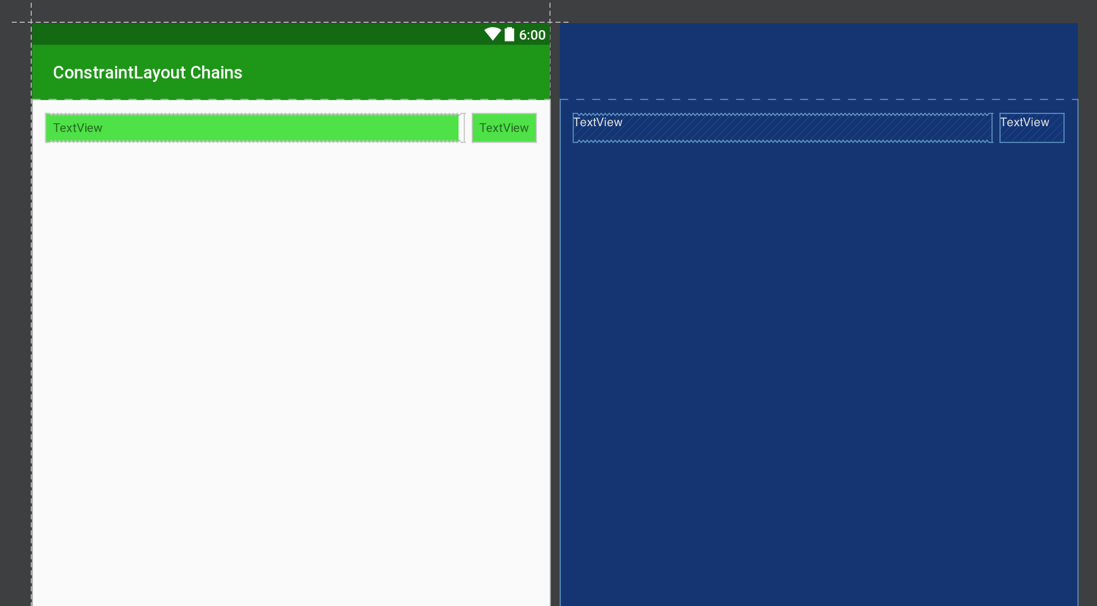 There is one small issue here. It you take a close look at the preview panel (click on the image above to enlarge it) you can see that the outline of each TextView and their green fill does not quite line up. This is because the preview panel does not yet properly render chains. The fill is actually rendered in the correct position and the outline is wrong. This image was taken from Android Studio 2.2.1, and the same thing in Android Studio 2.2.2 is even more messed up. This will be fixed in a future version of Android Studio, but for now it’s important to ignore the outline. Similarly the blueprint panel does not position Views correctly.

The spread chains behaviour that we’ve seen is the default if we do not explicitly set the chain type (or we explicitly set app:layout_constraintHorizontal_chainStyle="spread"). However there are other options here: inside spread chains, and packed chains. In the next article we’ll take a look at these.