All Android developers should understand that the Package Name that we choose for our app is very important. I’m referring to the Package Name of the application itself (which gets declared in the Manifest) rather than the Java package name (although often they will be identical. It was only recently, when I was tackling a somewhat obscure issue as part of my day job, that I realised that there is actually a subtle, but important, difference between the Package Name and the Application ID. In this article we’ll look at the difference between the two. 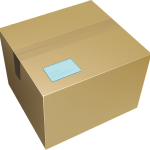 Let’s begin with a reminder of the basics. The Package Name is, as we’ve already mentioned, defined as part of the Manifest and represents the identity of any given app both on an individual device, and on the Google Play store (or any other app store for that matter). Therefore your package name has to be unique. However it is sometimes useful to be able to produce separate APKs with different identities (e.g. different IDs for debug & release builds so that they can be published as distinct entities in Fabric Beta). To facilitate this we can control the applicationId in our build.gradle and this enables us have distinct package names. We can see this in a simple project. The common Manifest is defined like this:

We have a base package name of com.stylingandroid.packagename. Next we have our build.gradle:

If we now compare the two Manifests which get added to the two APKs we can see how distinct package names are specified in each Manifest:

There should be nothing here that should be surprising to the vast majority of Android developers, but from here on it is important to understand the difference between the Package Name – which gets declared up-front in the base Manifest; and the application ID – which gets declared in our build.gradle. The package name controls much of what occurs during the build, but the application ID only gets applied right at the very end. For proof of this, take a look here, specifically the final note which states:

Although you may have a different name for the manifest package and the Gradle applicationId, the build tools copy the application ID into your APK’s final manifest file at the end of the build

(The emphasis of the word end is mine)

So why is this important? Let’s begin by adding some code to our main Activity firstly a simple layout containing two TextViews:

To the Activity itself we’ll add some code to set these to the package name & the applicationId:

The three highlighted lines actually explain what happens during the build.

The first thing to note is the Java package name of MainActivity itself. As is normal we have matched this to the package name which we initially defined in the Manifest (shown earlier).

Secondly, when we come to reference our BuildConfig, we don’t need to fully qualify the package name, or import the package. That is because the BuildConfig.java and R.java both got generated in the package name that was specified originally in the Manifest – com.stylingandroid.packagename.

Thirdly, although the package name has not been set in the Manifest at the point when our code is compiled, we can still gain access to the final application ID for the current build flavor via the BuildConfig.APPLICATION_ID constant.

If we run this code it confirms this: 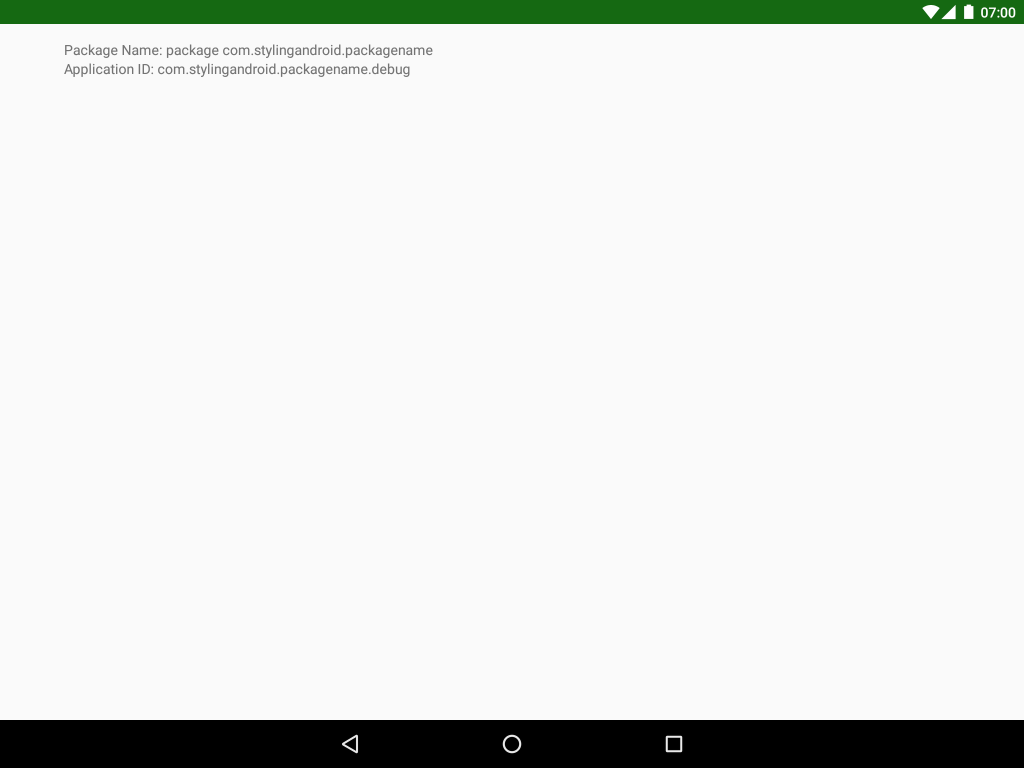 This won’t cause anyone any issues in the vast majority of cases but if, for example, you are generating code from an annotation processor, it can be important to understand when to use the package name over the applicationId and vice versa.

So, why is it left so late to set the applicationID? The simple reason is that it would cause no end of problems if it was set earlier in the process. If the BuildConfig.java and R.java files was set to the applicationId rather than the package name, then the code which referenced these would need to have different imports for different build variants – in other words you would need to have separate source sets (with huge amounts of duplication) for your different build flavors in order to access these. This would have some quite profound implications for the maintainability of our code.

As I have said, an understanding of precisely how this all works is not necessary for developers to be able to write android apps. But if, like me, you encounter some issues with generating code in the correct java package then this can be invaluable. When I was searching for information on this, the only thing I could find was the page on the official documentation (which I quoted and linked to earlier), so it seemed worth sharing what I learned. Apologies to anyone expecting the usual UI/UX-centric subject matter but hopefully this will be of interest to many as us developers are an inquisitive bunch!